Ask a CEO: Mo Firouzabadian | How to Grow a High-Performing Team 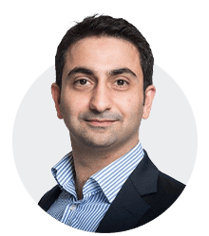 To learn more about leadership styles within Lumine, we spoke with several CEOs across the portfolio to discuss how they inspire trust, engagement and leadership within their teams.

Together, we explore the idea of how to ensure psychological safety within teams, as well as personal leadership experiences that guide individual leadership styles.

To kick off this series, we spoke with Mo Firouzabadian, CEO of Lifecycle Software. Before assuming his current position, Mo held various senior leadership positions within the communications and media space.

Throughout this conversation, Mo focused on the importance of communication, culture and empowering your team to ensure a high-performing environment.

Fostering an Environment of Psychological Safety

According to a recent study conducted by Google, successful teams have one key element in common: an environment that fosters psychological safety.

As stated in the study, “Psychological safety refers to an individual’s perception of the consequences of taking an interpersonal risk or a belief that a team is safe for risk taking in the face of being seen as ignorant, incompetent, negative, or disruptive. In a team with high psychological safety, teammates feel safe to take risks around their team members. They feel confident that no one on the team will embarrass or punish anyone else for admitting a mistake, asking a question, or offering a new idea.”

When Mo joined Lifecycle, the Founder & former CEO of the company of 20+ years had just retired. There was change after decades of stable leadership, and Mo wanted to ensure everyone was comfortable and secure as they embarked on a new leadership chapter.

He began by scheduling 1:1 calls with everyone on his team. “I asked the team how I could help them be more successful, what were the top 3 things they would do if they were in my shoes, and what were the biggest risks and opportunities for the business,” says Mo.

These 1:1s culminated in a series of learnings that turned into initiatives to improve team communication within Lifecycle. As a follow up, Mo scheduled monthly all hands and reported back to the team on improvements the management team were working on to address feedback.

At the same time, a Lifecycle employee engagement survey was conducted to gather further feedback. Mo learned, through this variety of activities, that one of the big challenges his team was facing was to do with communication.

This meant that the first item on Mo’s agenda was to prioritize building an environment that fosters psychological safety.

To address this more specific issue, he scheduled routine 1:1s with line managers as well as all-hands meetings with the broader team, which drastically improved the amount of communication. Mo also ensured processes were in place to assure that anyone in the business could contribute to improving Lifecycle’s products and services.

Lastly, Mo revisited the core values that made Lifecycle, and its people, feel connected. “Keep in mind identity – if culture is founder-driven and then an adjustment is made, you need to ensure you honour that culture, taking elements of the past culture and then reinvigorating it.”

In the end, these initiatives have been effective. Following the employee engagement survey in May 2021, Lifecycle completed an engagement spot check survey in December 2021, and all KPIs had improved. The most important improvements are seen in the areas focused on opening communication surrounding Lifecycle’s mission and strategy. Due to consistent and effective communication tactics, as well as closing the loop on initiatives & acting on feedback, employees feel connected to the company and the company mission more than ever.

Overcoming Challenges: The Making of a Leader

According to Mo, the biggest challenged he has faced in his career to-date has been getting out of his own way. What he means by this, is that sometimes your own instincts, in terms of what you want to do, separate being a do-er from being a leader.

To explain, he uses the following analogy: are you in the dance or are you watching the dance from the balcony?

He clarifies, elaborating that when moving into a leadership role, you must be able to do both – dance and watch.

To give him the space to slow down, Mo steps away from his desk to, for example, go for a walk, and give himself time and space to process next steps.

“For example, prior to one of my first elevations to a leadership role, I was accustomed to being responsible for deliveries, “says Mo. “Stepping back and giving other people the opportunity to complete the work while supporting them to ensure they’re successful was an adjustment at first, and now, it is incredibly rewarding.”

Mo recognized that great things come from creating space for your team to do things their way, to encourage rethinking old approaches to create stronger results. “When you see people doing things differently from how you would do them it’s tempting to step in, but you must get out of your own way and let people do their jobs, even if it's different from how you would do it. You have to see the bigger picture.”

Through this conversation, we come to understand the power of effective communication, a value-driven culture and employee trust and empowerment to ensure employees feel valued, and in turn, develop a high-performing, well-led team.